The year 2020 has left us with what seems like one tragedy after another, but we managed to pull one gem out of the darkness in October. A decent deer hunt that would make some great memories.
We hunt as a family, and those in our hunting party who aren’t family are close enough they may as well be. Mine is a family with a long cherished practice of hunting, farming, and raising our own food, and the primary origin for these handed down practices and skills comes from my Father, and his Father before him. I have fond childhood memories of helping butcher sheep at my Grandfathers humble little farmhouse, where my Father and three brothers were raised. Whether it was lambchops wrapped in thick paper with familiar handwriting on the top, or a massive head of cabbage grown carefully and pulled from a deep underground cold-storage, Grandpa always was sharing what he’d grown. As a child I watched the interactions between my Father, his Brothers, Grandpa and the whole rest of our family. There was always something to share, whether it was a bushel of corn, or a fresh loaf of home-made bread. It was a beautiful example to behold even as a young child, and it has stuck with me my whole life thankfully.

But the time that passes is no trifling thing, and every year there are fewer of the old familiar faces, and more new ones with whom to share. Memories are all I have now of my Grandparents, and I have resolved to make as many memories as I can with the generation before me, and the one after. Part of that plan involves taking my Father hunting every fall, it brings great joy to all of us, and I feel like it gives him the same exciting rush it always has since he was a boy. Dad has hunted these exact same hills and canyons since his Father first showed them to him, and Grandpa too grew up here in these same mountains to which I feel so bound.

This year, like every other, Dad came along with us on the opening day of the deer hunt. Despite being very cold, hardly any snow had touched our Wasatch Mountains. The wind that morning was out of hand, it was blowing hard up the steep canyons where we sat watching. The sun was just starting to peak from over the distant Uinta Mountain range, and the first bits of light had begun to illuminate the hills before us.

Dad was ready for action, he had been preparing as best he could for this hunt despite enduring some intense medical procedures only weeks prior. Dad has always been a strong and hard hunter, but life has taken its bites out of him, and he cant move the way he used to. So I knew we would have to find something that Dad could get to, and as the sun lit up the draw before us, just such an opportunity appeared. 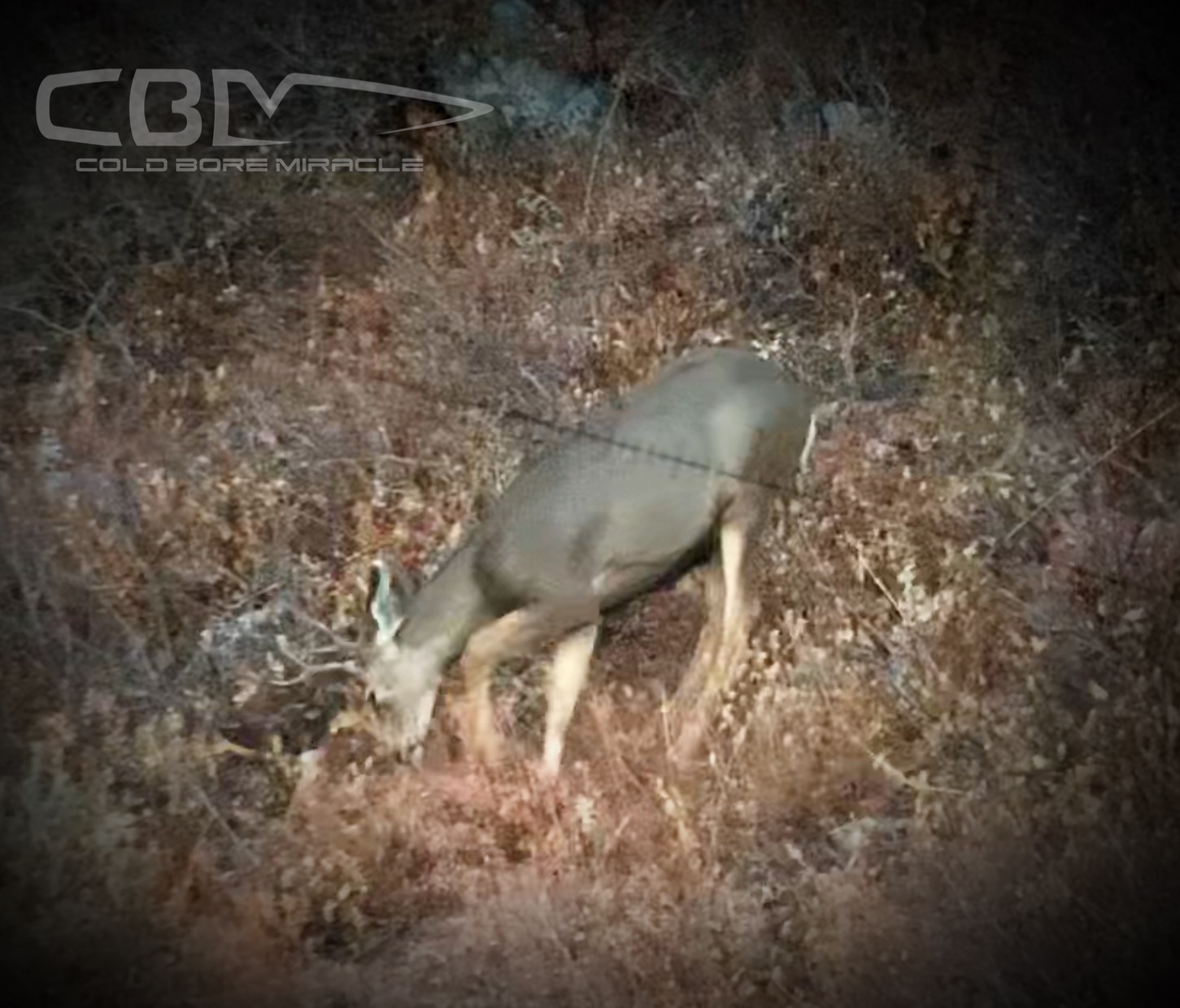 With the wind howling at twenty or thirty miles an hour, we set off down a trail towards our quarry. Dad, my wife, and I all carefully made our way, trying to keep cover in the tall grass. We closed the distance until we had to crawl, and then we crawled carefully through the dry and yellow June grass. The one good thing about the wind was that we didn’t have to be quiet, nor did we have to worry about our scent. It blew from left to right, and uphill, giving us all the advantage . We finally found a spot that gave us a clear view of the hillside, and therein stood a lone young buck, feeding voraciously on the brush. It was still just after shooting light, and he must have missed the opening day memo because his guard was clearly down. But we decided to capitalize on his mistake, and we moved in for the kill.

My wife had come along to be a sort of backup-shooter, should another buck appear, or this one try and escape. But the terrain gave room for only one shooter to get in line, so Dad was up. He lay still as he could in the ice-cold and blustery wind, waiting for the best shot to present itself. We watched through our perspective optics, as the young buck continued to feed.
When the time was right, Dad pressed the trigger, lighting the fire of his 264 Winchester Magnum. This time it was loaded with something new, the Hornady 135 grain A-Tip which was there before you heard the shot break. It hit the buck with an impressive sound, knocking the wind right out of him, and sending him to the ground. There he struggled for a second, trying to get up, but instead he expired and rolled down the steep hill a few yards. 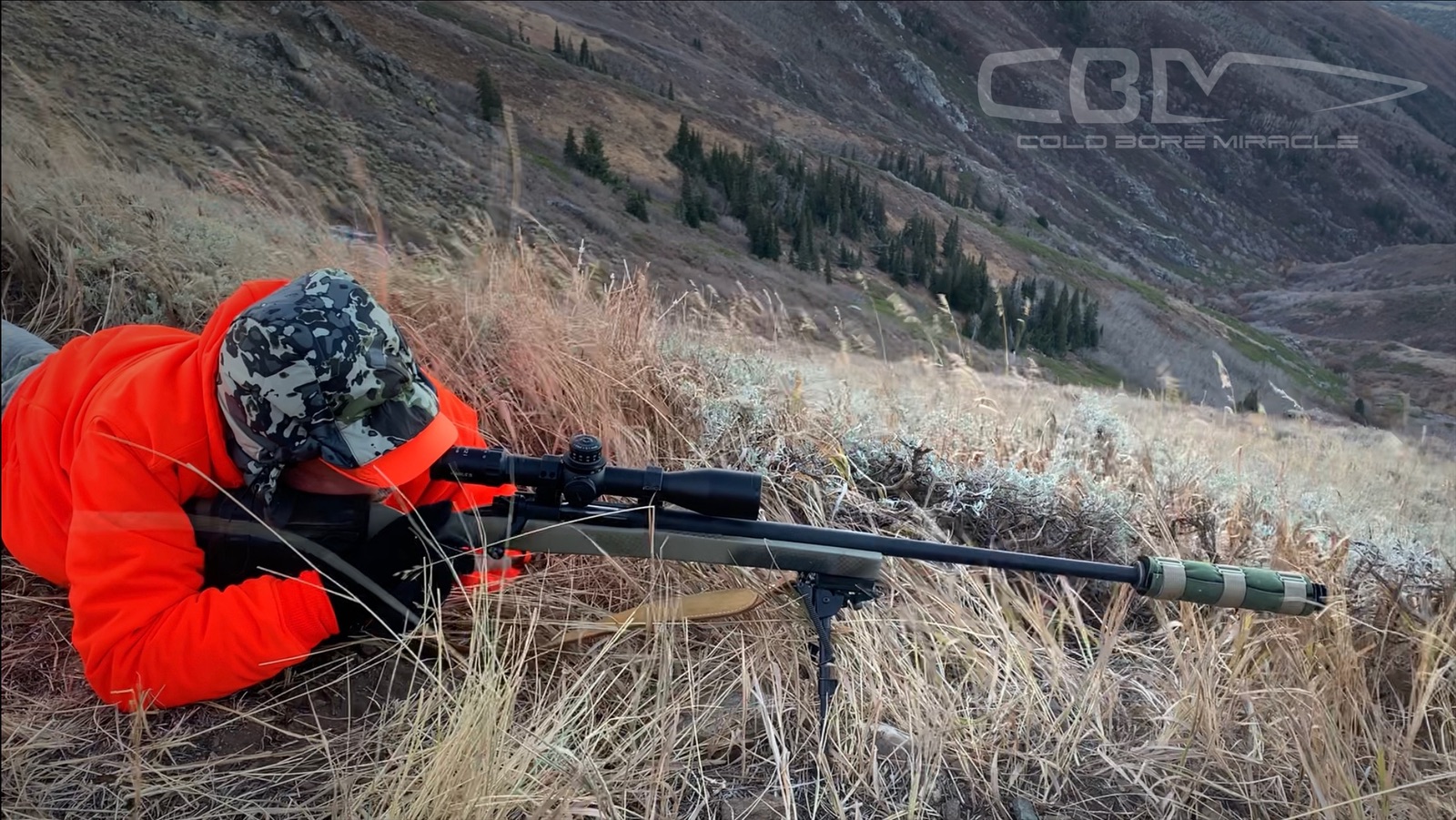 Dad rolled over and looked at us, a bit of a smile on his face. The wind made our eyes water, and it was even hard to breathe looking into it, but I could hear the satisfaction in Dad’s voice as he spoke. My Brother approached as we went over the details, and after a few minutes, he and I went after the buck. 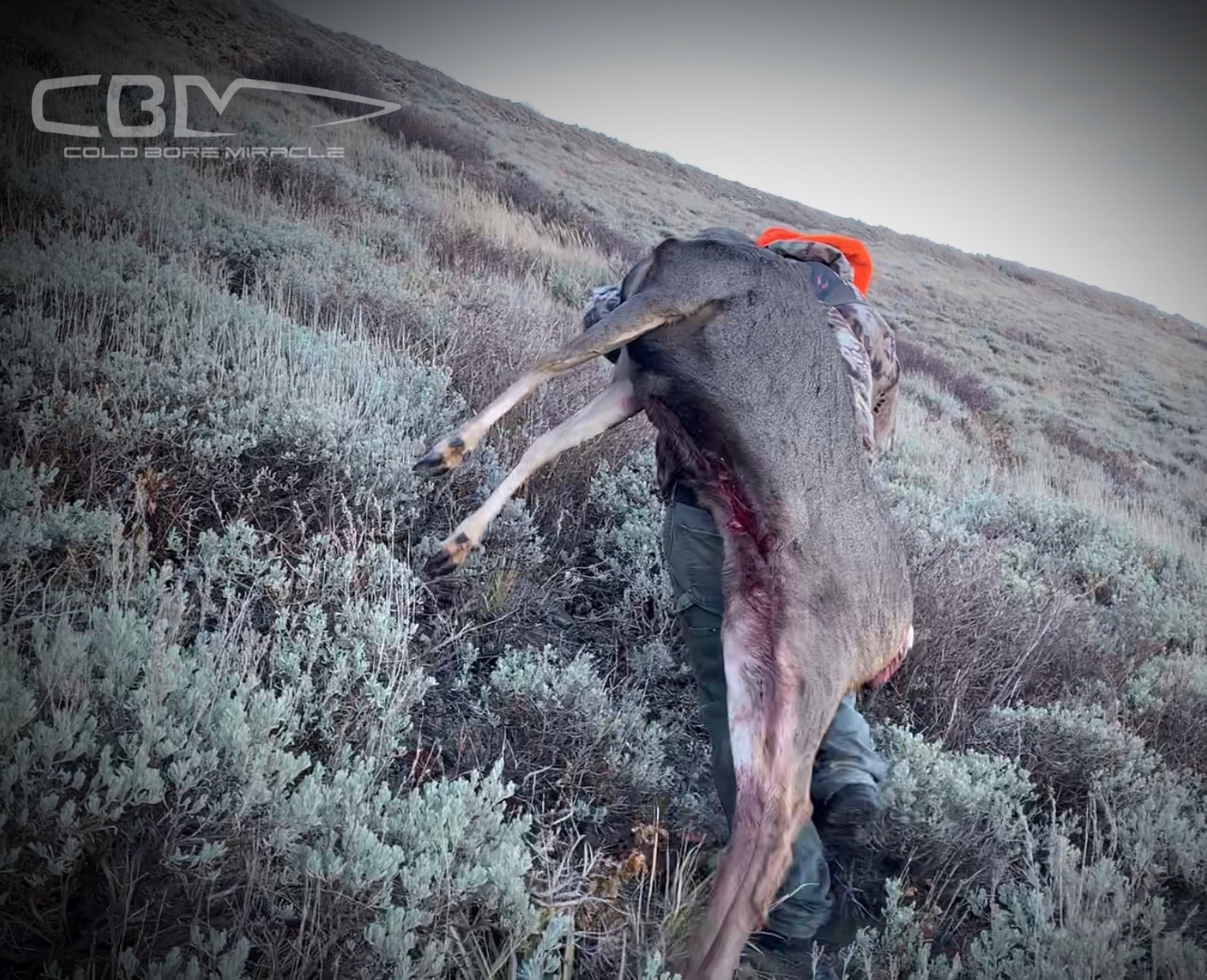 We’ve savored the taste of that little buck, and several others since. It seems to be so much better when paired with the memories of the day, and warmed with retelling the events that got us there.
One of my earliest hunting memories was helping Dad and Grandpa drag a deer back to the truck, no more than a mile or so from where Dad dropped this little buck in the wind. I think back to that day, probably some thirty years ago, and I’m initially surprised that Dad would have shot that scrawny little buck. But looking back now, as both an adult, and a Father myself, I think I can see his reasoning. 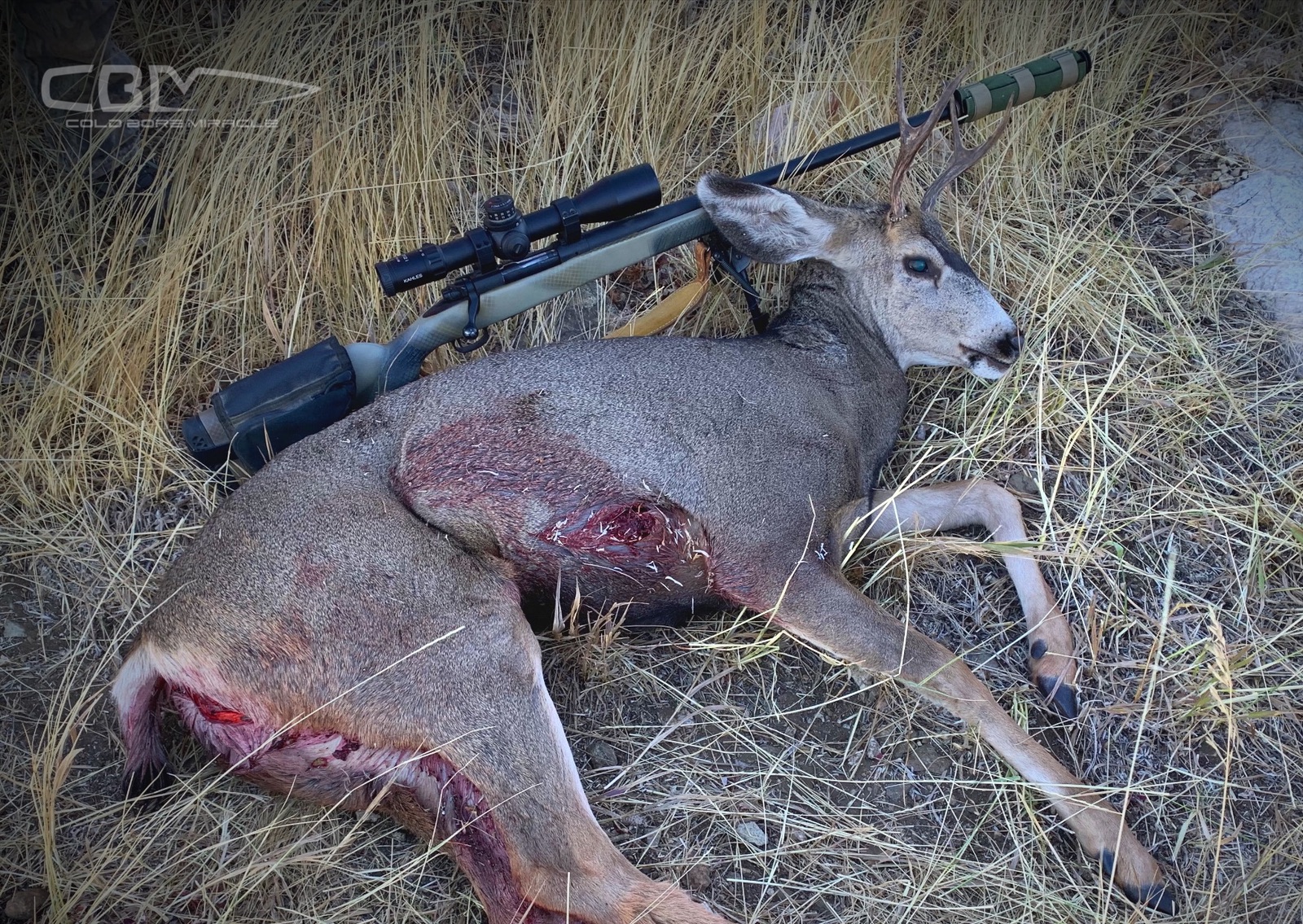 It was the only time Dad shot a deer with my Brother and I, and my Grandfather. Might not have meant much to me then, but it certainly does now. It gives me a tie to where I’m from, and where I get my love of hunting. A familiar memory of events and people long gone. This little buck may not look like much, but twenty years from now, when we tell the story again, the size of his antlers wont matter any more than the buck we hauled out together with my Grandpa. And it gives me a great example of what to do for my kids, and the generations after me. With a future looking as grim as it can day to day, strong roots and firm foundations are just what we need to hold it together. 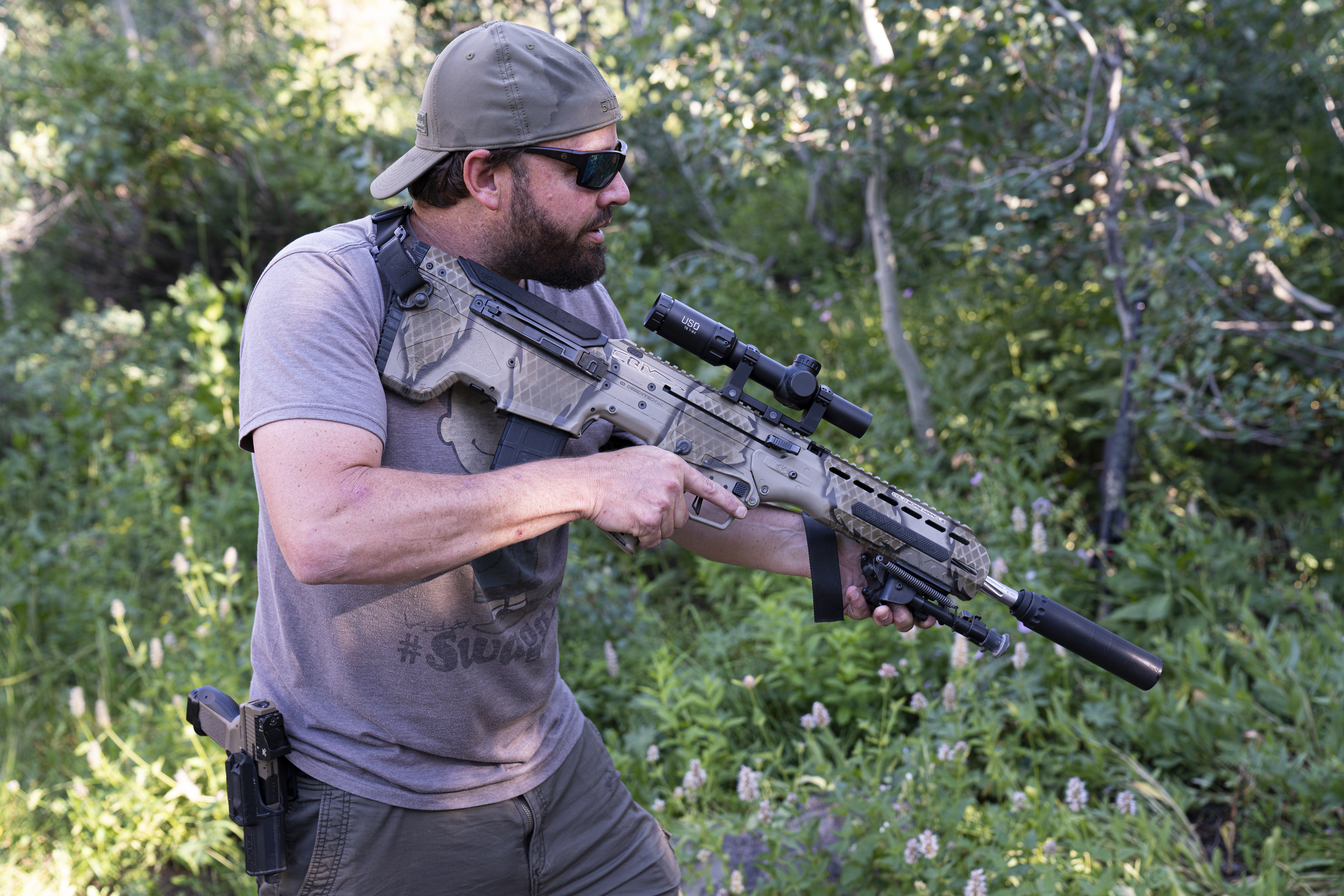 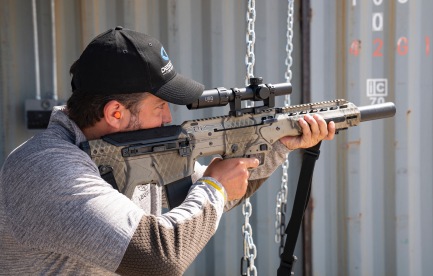 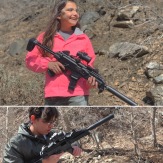 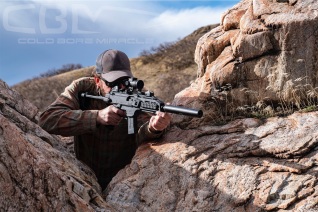 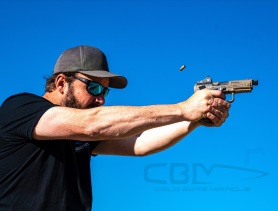 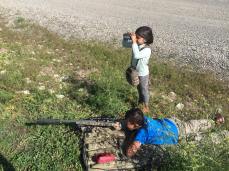 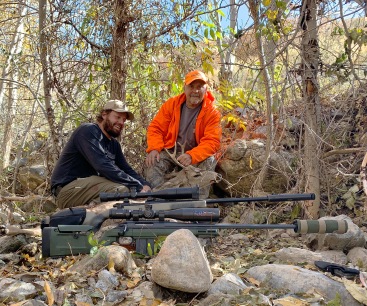 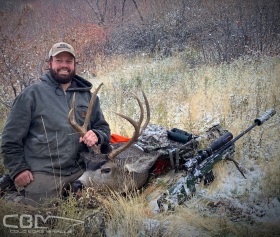 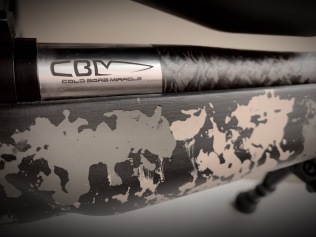 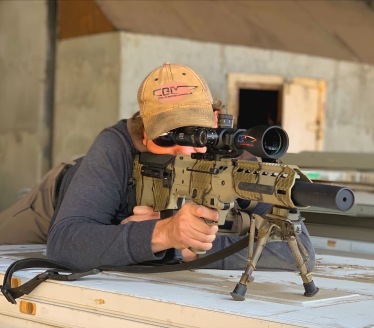 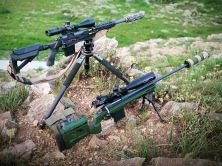 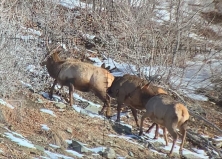 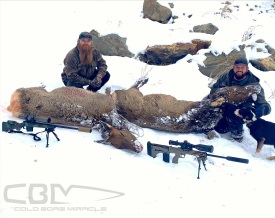 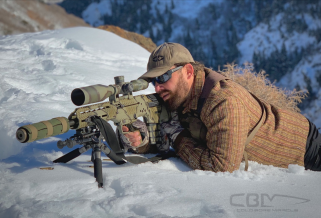 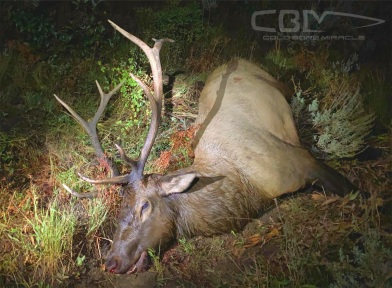 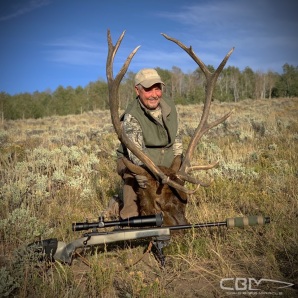 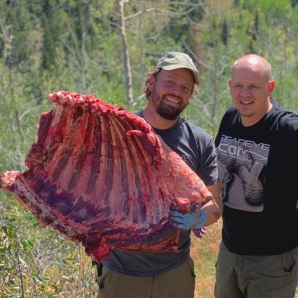 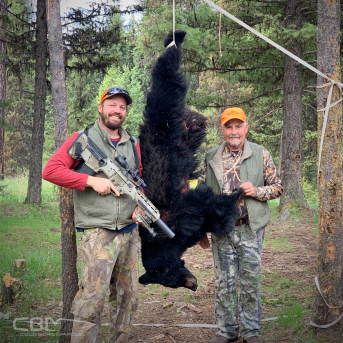 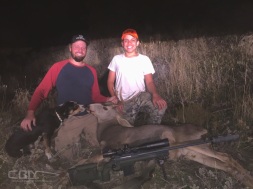 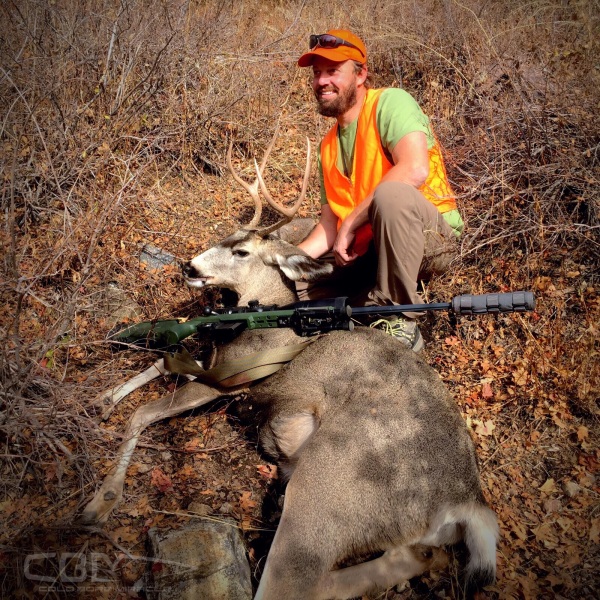